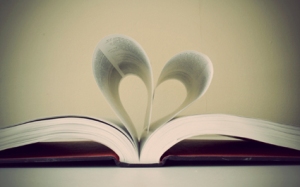 A deep rooted belief in Christianity today, is that “God sees one’s heart”. “If I’m doing something with a clear conscience to please God – wouldn’t He accept it?” This is a good question. And there is no doubt that God sees the Hearts of us all.

But the real question that needs pondering on, is whether a person can do something,  which is wrong in God’s eyes, thinking it is the right thing to do in his/her own heart, and still be deemed obedient to God, in His sight. The essence of the question is whether we look at things through our eyes, or try our best to look through the viewpoint of God Almighty.

God sees my heart
Many of us know the following verses of Scripture which prove God sees and understands the intentions of our hearts and our deepest thoughts.

We cannot put our trust on our own thoughts and feelings or our hearts!
Just because God sees our Hearts, does not mean that everything we do, will be in accordance with His thoughts and ways. Everyone who believes in God, do what they do, thinking they do the right thing. This does not mean everyone who believes God, will be deemed perfect by God.

So how can we know what is right in His eyes?
There needs to be a measuring stick which we can use to discern between right and wrong in God’s eyes. And the complete “Word of God” is that instrument that weighs all things, showing us right from wrong.

What will we be Judged on?
It is important to note that, when we stand before the judgement seat of God (as everyone will), we will be not judged on what is in our hearts, but on all the works we have done – on whether we have obeyed Him, or disobeyed.

There are so many people around the world doing things their own way, to please God. One of the reasons this is prevalent is because of the belief that God’s Law is no more. If that was the case, we could not know what “Sin” is anymore, as “Sin” is the “breaking of God’s Law” (1Joh 3:4). God’s Law sets the parameters for knowing what “Sin” is (Rom 7:7). And when we know what “sin” is, in the sight of our Heavenly Father, we know how to please Him.

So what does the Law got to do with what is in someone’s heart?
God has expressly said that His Laws/Commandments should be in one’s heart. And this was part of the new covenant where, God would write His laws in our hearts. If what we do is all of his commandments/laws/will, then we have nothing to be worried about.

Examples from the Scriptures
Following are a few examples in which people did things for God, which was right in their hearts, but were considered “sin” in the eyes of our Heavenly Father.

God’s grace towards sinners who turn towards Him
It must be specially mentioned, that God shows mercy to people who have been disobedient, but have turned towards Him, and are trying to learn His ways. This was the case at the time of King Hezekiah. When King Hezekiah learned about God’s law regarding Passover, he gathered everyone to celebrate this appointment of God. As we see in 2Chr chapter 30, many people heeded this call, and Hezekiah prayed for the people who had not sanctified themselves properly to celebrate this occasion, as they were still learning the ways of God and how to be obedient towards Him.

2Ch 30:18-20 For a multitude of the people, even many of Ephraim, and Manasseh, Issachar, and Zebulun, had not cleansed themselves, yet did they eat the passover otherwise than it was written. But Hezekiah prayed for them, saying, The good LORD pardon every one
That prepareth his heart to seek God, the LORD God of his fathers, though he be not cleansed according to the purification of the sanctuary. And the LORD hearkened to Hezekiah, and healed the people.

A similar occasion arose in the book of Acts, when James made the proclamation that the new believers should keep away from four critical sins, as they would learn the rest, as they go. (Please read “Gentiles have to obey only 4 Commandments? Misunderstandings regarding Acts 15″ for more information on this topic)

Act 15:19-21 Wherefore my sentence is, that we trouble not them, which from among the Gentiles are turned to God: But that we write unto them, that they abstain from pollutions of idols, and from fornication, and from things strangled, and from blood. For Moses of old time hath in every city them that preach him, being read in the synagogues every sabbath day.

God is patient with us, showing Grace towards us, when we start our walk in obedience. We may slip, we may fall. But we need to stand up and keep walking, not repeating those mistakes over and over again. This can only be done through learning His Word, and what He sees as Sin & Righteousness.

Conclusion
The point I would like to make is, that it does not matter what is in our hearts. What matters is whether our hearts are acceptable to God. Even if we do things to please God, if those things are not right in His eyes – they will not be accepted. We cannot disobey His Words, and hope that he accepts the disobedience done in all sincerity. God will, and does, have much Grace towards us and the ones who sin in ignorance. But it is not an eternal Grace. It is not a Grace that will keep us completely unaccounted for. We will all have to give account for what we have done, whether it be done knowingly or unknowingly – as all of it is written down in the Book of Works(Rev 20:12). The ones who disobey in ignorance will have fewer stripes, but they will receive stripes nonetheless (Luk 12:48).

God sees all of our hearts, including persons who live life contrary to what God has proclaimed in His Word. He will show grace towards everyone, so that everyone comes in repentance to Him. After we repent and turn towards Him, through the matchless blood of Messiah, we need to lead a sinless life. We cannot afford to keep sinning in ignorance. We need to learn what “sin” is, and what “righteousness” is in God’s eyes – not our own. He will not change His word till heaven and earth pass. We, on the other hand must change our hearts to be an acceptable offering before God. And when He does look at our hearts, He should see His Laws written on them as per the New Covenant(Heb 8:10).